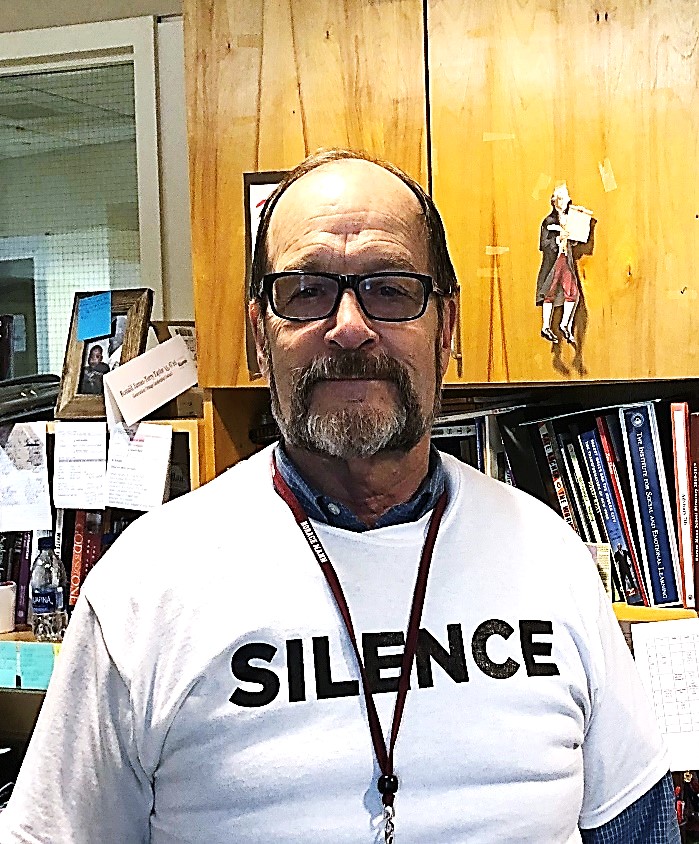 Growing up in Erie, PA and graduating from Penn State, Ken Carpenter began his career at Horace Mann

Over the years, Ken has drawn a great deal of inspiration from his students. Thinking back on some of his fondest memories, Carpenter recalls being “very moved by a trip to a local Community Center in the Bronx.” He noticed that HM students were unwavering in their willingness to lend homework support, share experiences, and establish meaningful relationships with other students despite their social, cultural, and economic differences.

It should come to no one’s surprise that Ken’s love for community has helped cultivate a diverse World Languages Department where students can dive deep into a wide variety of cultures. “I’ve had

the abiding pleasure of working with some of the most interesting people in the school: so many backgrounds, so many cultures and a connection to most everybody on our planet. It's an unending variety of travel stories, literature, cuisines, customs and ideas.” Carpenter has also been integral in shaping students’ approach

toward academics over the past two decades. “Academics are now put into more perspective, and kids are more intentional about using what they learn to change the world for the better.” In addition to exploring languages and cultures on campus, Ken has enjoyed traveling to many corners of the planet, including France, Spain, Mexico, and the Galapagos Islands. He finds great wisdom in traveling, and his firsthand knowledge of European and South American cultures has proven more beneficial to his teaching than any textbook possibly could. Ken’s other interests outside of HM include following Penn State Wrestling, reading, drawing, writing poetry, and especially nature. “Nature, and all of its fauna and flora, fascinates me. Conservation groups are my charities of choice,” Ken remarked.

Thank you, Ken, for your loyal support to the Annual Fund, dedication to our school, and for inspiring generations of alumni and students to explore their passion for language, travel and culture.

(Article appeared in the 2019 Donor Newsletter)