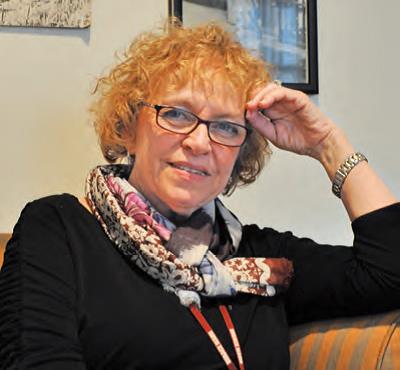 Barbara Jaspen, now in her 34th year at Horace Mann School’s Lower Division, has taught kindergarten and fourth grade, served as coordinator of the computer center, and worked as a reading and math specialist. In her current position as Math Department Coordinator and Math Specialist, Barbara works with students in kindergarten through fifth grade of all ability levels, exposing them in small groups to the joy of mathematics through fun, interactive math games.

As one of many faculty and staff members who make yearly contributions to the Annual Fund, Barbara holds the distinction of having donated to the Annual Fund for 28 consecutive years. As she explains, “All of us who work here at Horace Mann have one common purpose – to support the students.” Like so many of her colleagues, Barbara believes in the full potential of her young learners and considers her support of the Annual Fund a “vote of confidence” in the promise Horace Mann students hold for the future.

Barbara views herself as a small part of a greater movement toward ensuring Horace Mann’s excellence. Her sense of commitment stems from a deep feeling of gratitude in her professional and personal lives. “Both of my children attended Horace Mann and benefitted from a great education,” Barbara explains. “I want to give back because my daughters and I feel it’s important to acknowledge the opportunities we were given.”

Thank you, Barbara, for your support of the Annual Fund for 28 consecutive years and counting, and for all you do for our school!

(Article appeared in the Spring 2013 Donor Newsletter. Barbara retired from teaching at HM in 2014.)