The Nursery Division is located in a landmark building on Manhattan’s Upper East Side that was originally the carriage house of the Andrew Carnegie estate. The original three-story structure was renovated and expanded to six floors in 1961 and became the New York School for Nursery Years. In addition to the nine classrooms in the Nursery Division, the building houses a library, a studio, a yard with climbing equipment, and a rooftop playground.

The Lower Division campus in the Riverdale neighborhood of the Bronx occupies the site of the former Barnard School. The main Lower Division building houses classrooms for grades one through five, as well as the library, gymnasium, cafeteria, arts and technology center, music room, Music Annex, Nurse’s office, modern language classrooms, literacy center, math lab, speech lab, science center, and administrative offices. Kindergarten classes are housed in free-standing “cottages” that are nevertheless an integral part of the Division. Facilities that contribute to the Lower Division program include the “Grasshopper” (a synthetic play surface) and the O’Neill Arboretum. The campus is also home to the Alumni and Development Office. 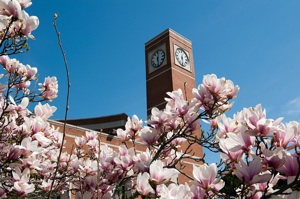 Map of the Bronx Campus 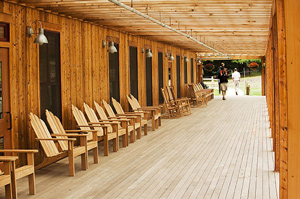 In 1965, Horace Mann established the John Dorr Nature Laboratory in Washington, Connecticut with a gift of 83 acres. The Laboratory now encompasses 320 acres of fields, streams, and ponds in which students can explore nature and engage in outdoor pursuits. Dorr’s resident faculty instructs students in environmental science, conservation, and outdoor living. Student visits begin in the second grade, with overnight programs beginning in the third grade. The eight-day program for eighth graders includes a three-day backpacking trip along the Appalachian Trail. A 2009 $8 million capital project resulted in the creation of a new access road, the purchase of an additional parcel of land on which a new faculty residence is situated, the construction of a new bunkhouse, and the building of a new lodge and multi-purpose barn. The project also upgraded mechanicals and utilities. The new facilities insure greater sustainability and provide more space for programming.

Horace Mann is one of the largest property owners in the Fieldston community and is a member of the Fieldston Property Owners Association. Horace Mann owns nine houses in the immediate area; three are used for administrative services, including the Business Office, Office of Alumni and Development, and Summer on the Hill; two are used for instructional purposes as kindergarten cottages; and four provide housing for administrators. The School also owns six vacant properties, two in the immediate vicinity of existing school buildings and the remainder on Broadway. These properties are held for future instructional and other uses.