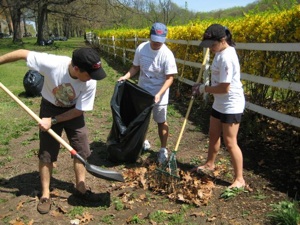 Van Cortlandt Park, 1,146 acres covering ridges and valleys of the Northwest Bronx, is New York City’s fourth largest park. Athletic fields and playgrounds are scattered about the park’s edges, surrounding a verdant forest fed by Tibbetts Brook. Van Cortlandt was established as a park in 1881 and is home to the country’s first public golf course, the oldest house in the Bronx, and the borough’s largest freshwater lake.

In 2009, a group of supporters founded the Van Cortlandt Park Conservancy, now known as the Van Cortlandt Park Alliance following a merger with The Friends of VCP, dedicated to the stewardship of this unique urban oasis. The Alliance's mission is to sustain and enhance the park as a vibrant destination for recreation, leisure and the enjoyment of natural landscapes.