Every so often, Horace Mann has the opportunity to pay tribute to select individuals and organizations who, through their unwavering support, have distinguished themselves equal to that of an HM varsity athlete. 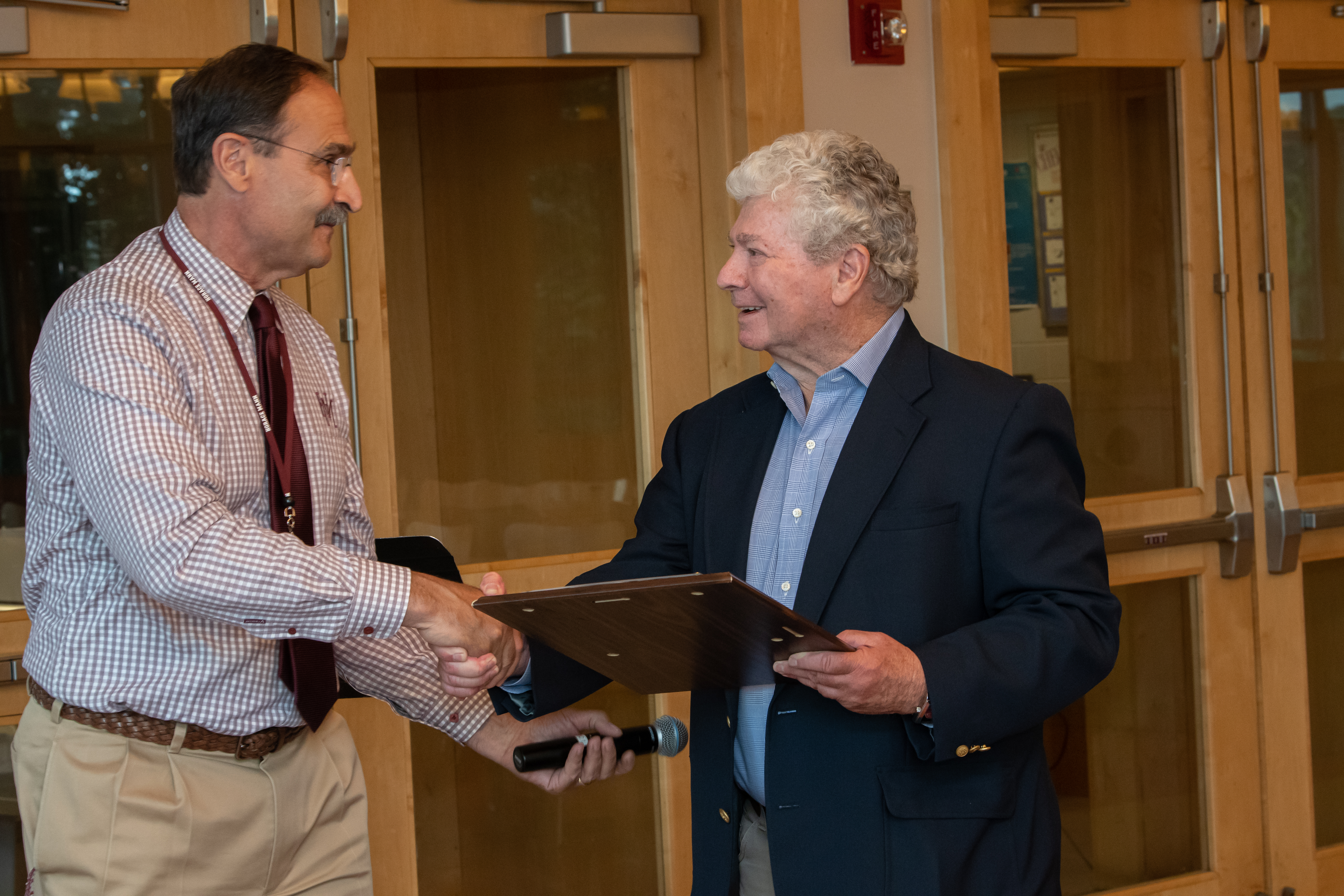 The school recognizes their dedication by awarding honorary varsity letters. In June at the 2022 Spring Athletics Banquet, HM Director of Athletics Bob Annunziata had the pleasure of celebrating three members of the extended school community for their decades of service.

The first of three honorary letters was bestowed upon Neil Berniker. Neil began teaching and coaching at the school when it was called the Barnard School for Boys. Fifty-seven years later, in August of 2020, Neil “hung up his cleats” and decided to retire. Throughout seven decades of teaching and coaching, he formed lasting and meaningful connections with students of all ages. He coached many teams during his tenure, but his work with Boys Varsity Soccer was his most impactful responsibility — one he cherished for more than 20 years. As the team’s coach, Neil guided Boys Varsity Soccer to three state championships and eight Ivy League championships. 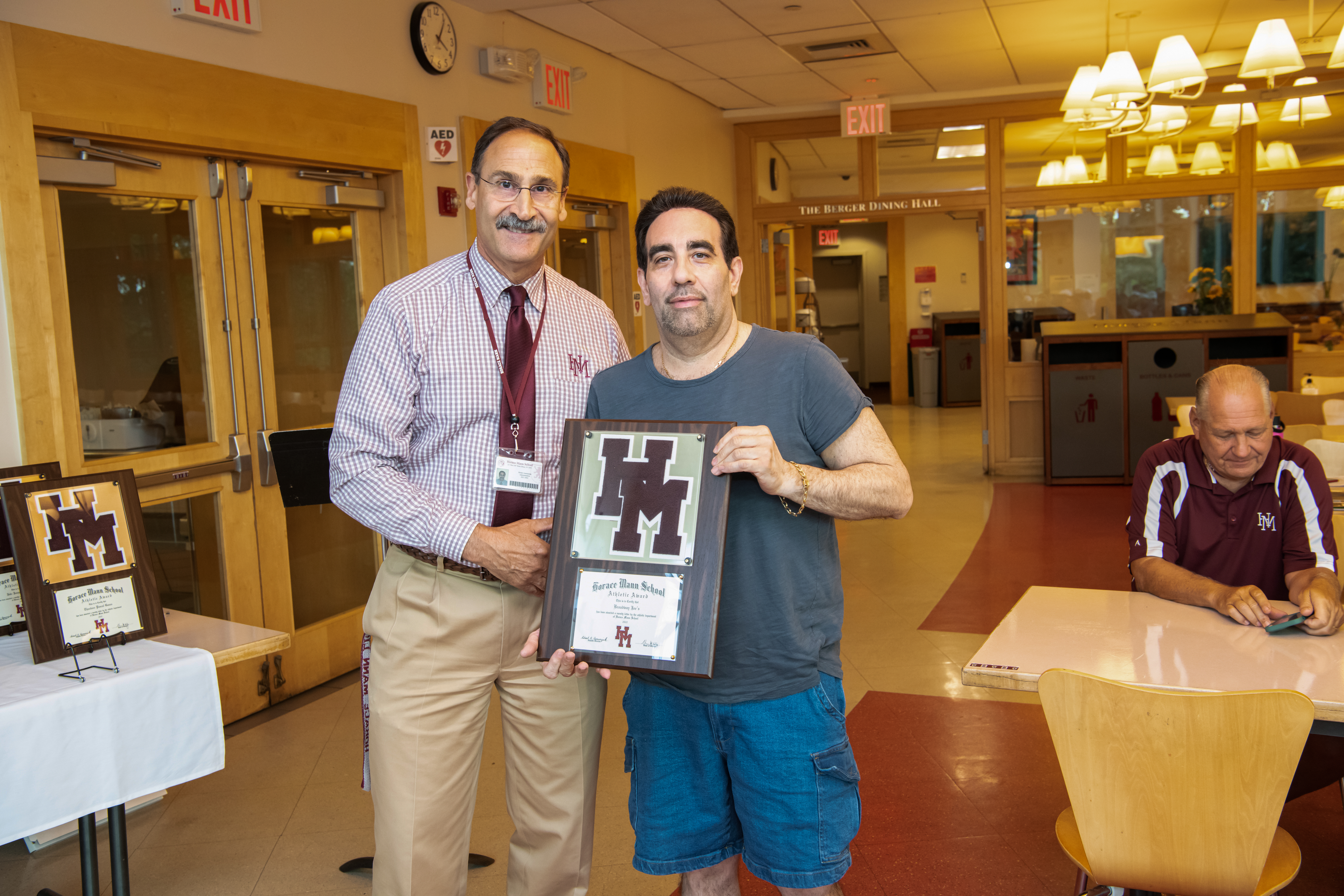 The school is fortunate that Neil remains the “voice” of the Lions for home basketball games, and has recently returned to the baseball and softball diamonds as an umpire within the Ivy League.

Also recognized at the banquet for their support of the athletics program and the extended HM community were two local merchants. Louis Porco and his staff at Broadway Joe’s Pizza have been serving up sizzling slices of classic New York-style pizza since 1969. For more than a half century, Broadway Joe’s perfectly baked, high-quality pies have satiated countless HM students, employees, and guests. 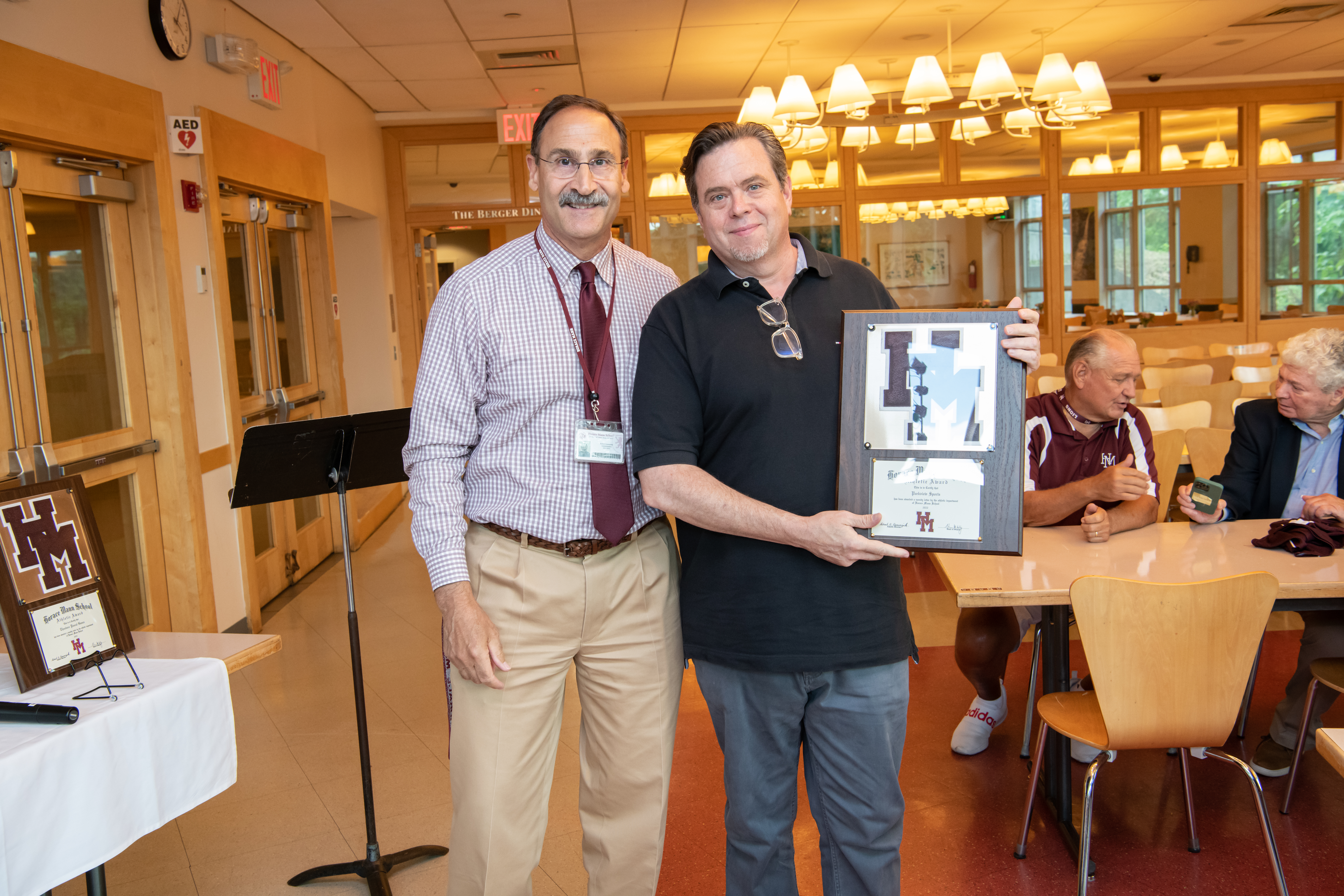 Also honored was Allen Dillon of Parkview Sports Center, a family-owned and operated sporting goods and custom apparel shop. Parkview has designed physical education uniforms, printed special event T-shirts, and supplied anything and everything sports-related to HM for many years.

The school was delighted to pay tribute to these three members of the community whose hard work and dedication have enhanced the well-being of students, faculty, staff, administrators, guests, and friends.