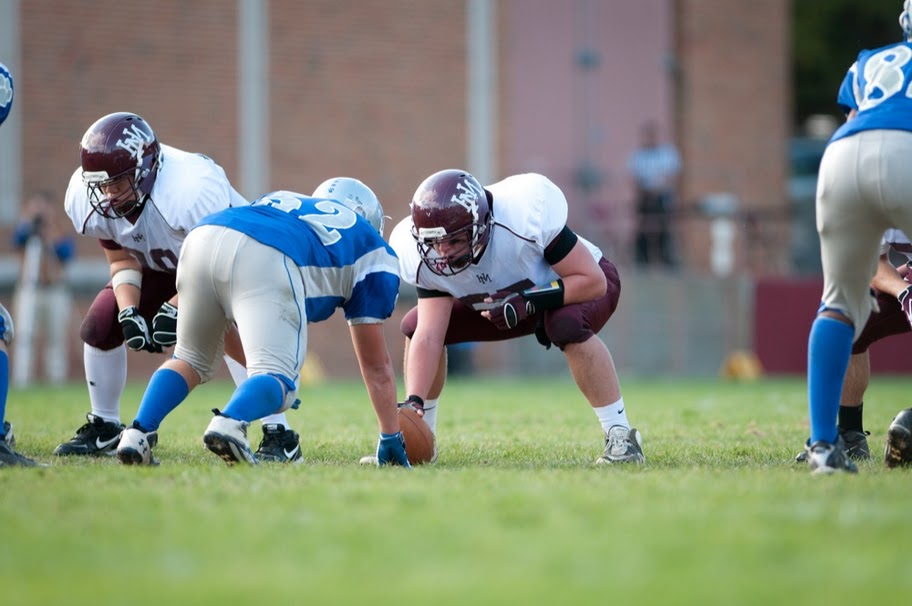 Athletics at Horace Mann are a natural outgrowth of the Physical Education program. While the School has been fortunate to enjoy successes for both teams and individuals, the intended purpose of the program is to teach and endorse long-term physical and mental health. Students learn to collaborate, compete, set goals, and abide by the rules of fair play.

Preparation for team sports begins in the upper elementary years, where physical education classes include units with a variety of specific sport-based skills. Team sport competition is introduced at the Middle Division during seventh grade. Students who are not on teams continue in the required Physical Education program that includes an intramural segment in the third rotation every trimester.

In the Middle Division there are twelve teams offered for boys and fourteen teams for girls. In the course of the last five years, three sports (Cross-Country, Water Polo and Track and Field) have been added to the Middle Division athletic program to meet student demand. There is an average of fifty percent student participation on team sports for seventh and eighth graders. There is an average of one coach per team. Middle Division teams practice during the school day and their local competitions are held after the academic day.

In the Upper Division, the Athletics Department offers approximately thirteen Junior Varsity teams for both boys and girls. At the Varsity level, the Athletics Department offers eighteen teams for boys and eighteen teams for girls. Two Varsity sports (Skiing and Crew) were recently added for both boys and girls in response to student demand. In recent years, between forty-four and seventy-three percent of all Upper Division students have participated in at least one team sport. Twenty-six percent of the student body competes on two or more teams a year. There is a minimum of two coaching positions per team and all coaches are annually certified in American Red Cross CPR/AED - Adult plus Child and Infant CPR. Teams compete locally and regionally.

Horace Mann School is a proud member of

The Ivy Preparatory School League promotes good sportsmanship by student-athletes, coaches and fans. We ask all spectators to respect the efforts of the players, coaches and officials by cheering in a positive manner for their respective teams. At no time should spectators speak to participants, coaches or officials during an athletic event. Profanity, racial or ethnic slurs, personal insults, fighting or other inappropriate behavior will not be tolerated and are grounds for removal from the site of competition. In addition, the use of noisemakers is not permitted. Games should be competitive but, above all, fun and friendly for everyone.