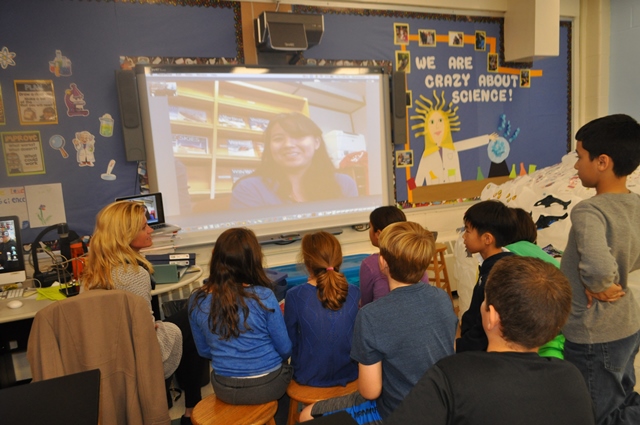 On October 15, 2015 a group of Horace Mann School fifth graders decided to forego recess for a chance to speak with HM alumna Charlotte Kiang ’09 – via Facetime, that is. Kiang was in Ottawa, Canada preparing to go “zero gravity” the following day on a space suit test flight, as a winner of a Teachers in Space, Inc (TIS) contest to participate in the organization’s first human research flight activity since resuming operations in 2006.

Teachers in Space, Inc. is an educational 501(c)(3) organization which stimulates student interest in science, technology, engineering and mathematics (STEM) by providing their teachers with extraordinary space science experiences and industry connections. In August 2015 TIS, sponsored an essay contest on the subject of “Why Space and Science Education Matter.” Contestants were also required to answer questions about their physical fitness and personal commitment to human space exploration.  The winner was chosen by a panel of judges from the space industry, including National Aeronautics and Space Administration (NASA) officials, and from government and academia. The winner would have the chance to assist 2009 TIS Pathfinder national contest winner James Kuhl, a middle school teacher in Syracuse, NY, on a 24parabola microgravity flight to test a commercial spacesuit selected by NASA for future human space flights and made in Brooklyn, NY by Final Frontier Design (FFD). Kuhl will wear the suit, while Kiang assists him in performing a variety of tasks. 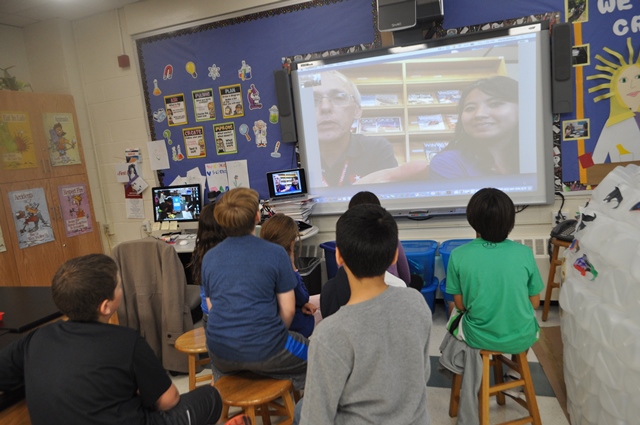 “It’s very hard to feel things while wearing this space suit, and the gloves especially. Charlotte will be helping me by handing me tools and keeping an eye on things throughout the flight,” Kuhl told the HM students. He joined the Facetime conversation with Kiang, the students, and Lower Division Science Specialist Katie Diaz. Diaz arranged the phone meeting with TIS,Inc. president Elizabeth Kennick, who also introduced the participants. The conversation took place in the Lower Division’s newly-redesigned Science Center.

Kiang proved to be the perfect candidate for the job. A graduate student in Cornell University’s Department of Biological and Environmental Engineering, she is studying space life support systems with a focus on habitat design for long-duration manned missions. Before Cornell she completed her undergraduate degree in mathematics at Wellesley College, taught AP Computer Science at the Dana Hall School, and worked as an engineer for The Boeing Company on its Commercial Crew program. As far as her physical fitness she was a competitive skier in college and a marathoner, her hobbies include long distance running, yoga, scuba diving – and cooking.

But, it was her essay that sent her contest entry to the top of the pile, Kuhl told the HM students. Kiang wrote about how the final flight of space shuttle Atlantis “opened my eyes to the need for US flight capabilities to the International Space Station” leading her to research the US space program and pursue STEM studies. “Whatever career path they choose,” she writes, “students with a STEM education have the ability to impact our world with research, technology and practice that either stays on this Earth or leaves it.”

“Her essay was very well-written. It shows that while it’s important to study science and math, but you also have to learn to write well. Charlotte is a scientist, but she knows how to write,” Kuhl said. “Some of that came from Horace Mann,” added Kiang, who pursued advanced math studies at HM but also “loved English” and headed to college planning to focus on the humanities, until her growing interest in space travel and international cooperation on human space exploration guided her toward her current path. Today, a member of the Space Generation Advisory Council in support of the United Nations Programme on Space Applications, Kiang returned from an international Space Generation Congress in Israel just days before heading to Ottawa for the test flight.

Kuhl and Kiang explained to the HM students that the flight would take them to levels of 20,000 feet, alternating with dives to 10,000 feet and then back up, to create the micro-gravity conditions. “It’s the same kind of flight the astronauts use in their training – what they call the "Vomit Comet" he said, to the amusement of the students.

“It was great to talk to the class,” Kiang said after the conversation. Added Kennick. “It was wonderful to speak with the students and to share this adventure with them. They asked great questions about what makes this suit different and how is it made.”,

As an ambassador for space travel who believes in the importance of communications, on the morning of Oct. 16th Kiang Tweeted from @Astrocharlotte: T - 1 hour until the parabolas begin. 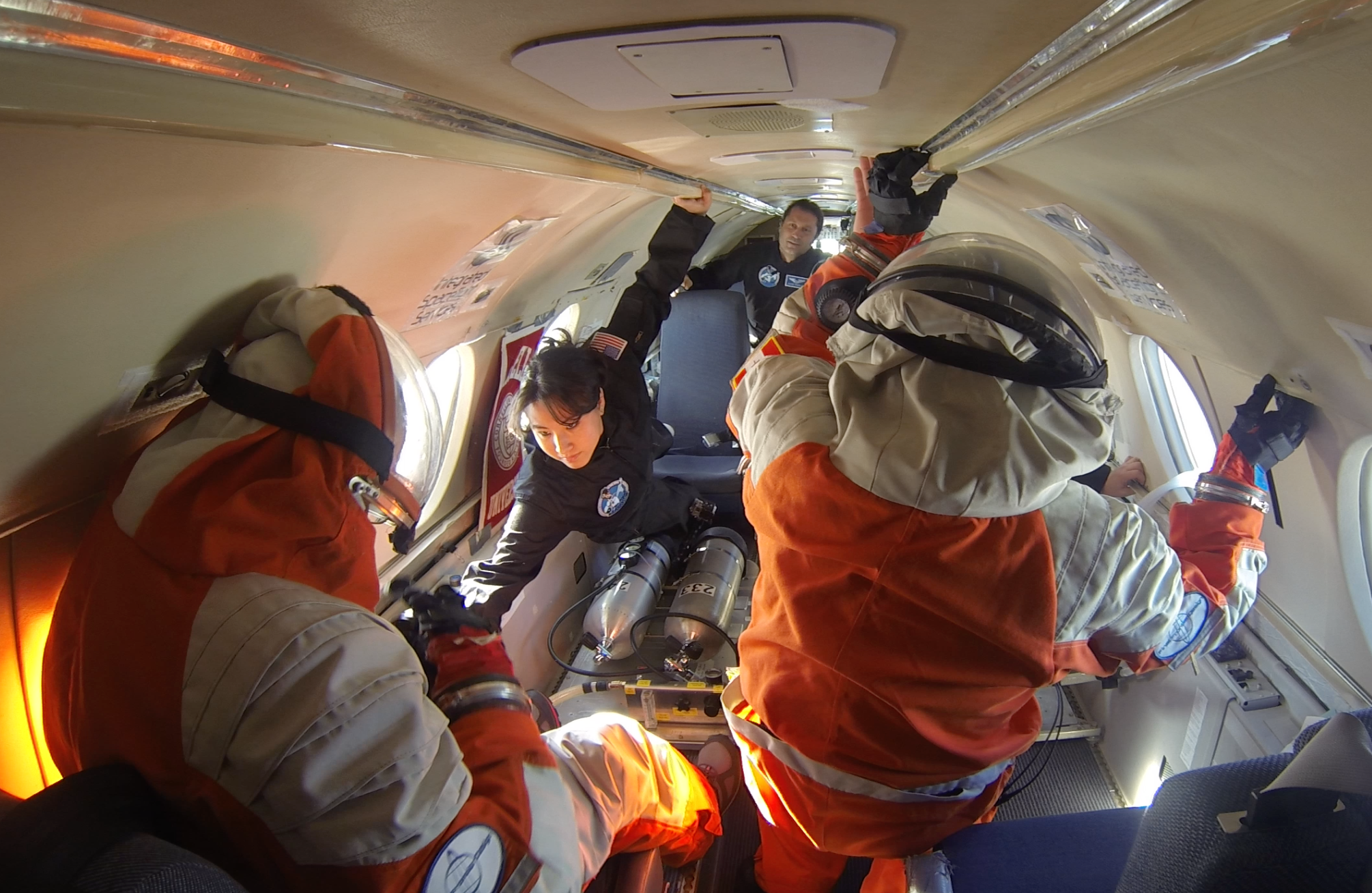 Photo above courtesy of Charlotte Kiang.